Gone But Not Forgotten 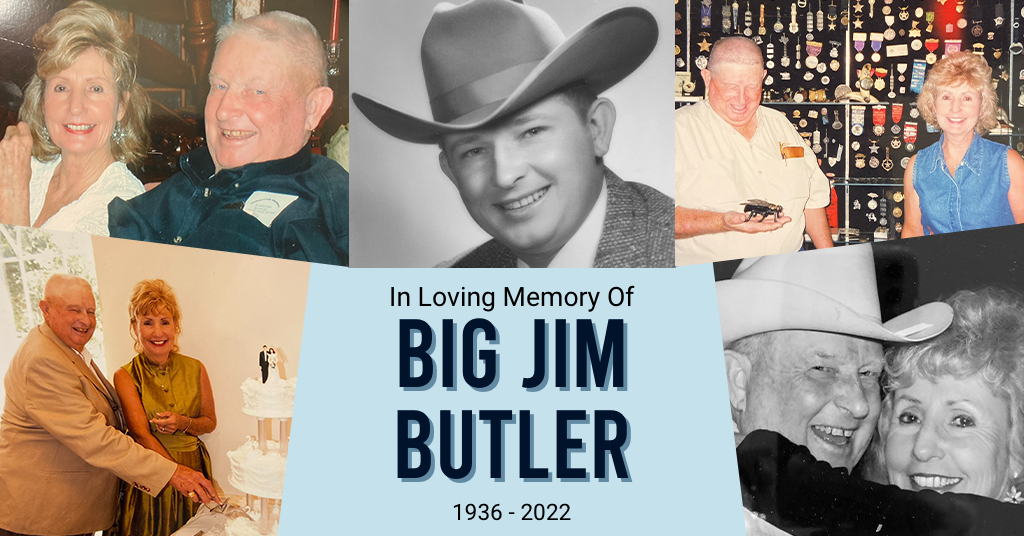 Jimmie Reed Butler, 85 of Trenton, passed from this life on January 15,2022, surrounded by his loving family at The Reed Home place where he was blessed to draw his first and final breaths within the same walls. He was born in Trenton on October 17, 1936, to James Marvin (J.M. “Dolly”) Butler and Laura Reed Butler. He was a dedicated and loyal son, husband, father, grandfather, great grandfather and loyal friend. A graduate of Trenton High School, and Texas A & M University, class of '59 attending on a Livestock Judging Scholarship. He was a member of the National Championship A & M University Judging Team. During his college days, he also enjoyed rodeo, competing in Bull-Riding and Steer Dogging.

On July 26, 1958, he was married to the Love of his Life, and childhood friend, Elizabeth Kay Anderson Butler, in the First United Methodist Church of Trenton, where they celebrated their 50th and 64th Anniversaries as faithful members for their entire lifetimes. He was a Rancher, Auctioneer, and Ag Teacher with a specialization in Animal Husbandry and Genetics. His auctioning career took them all across America and to the Middle East, where he auctioned heavy equipment in Saudi Arabia, Great Britain, Liverpool, Falkland Islands, Canada, Turkey, Scotland, France, England and the Alaskan pipeline where he established life-long friendships worldwide. He was known as "one of a kind “and one of the "Great Ones" among Ring Men. He had a passion for "Story Telling”, with his signature laughter and smile. Through years of interest in Collecting and trading Western Memorabilia, he assembled extensive collections; he and Kay were named to The Bit and Spur Collector's Hall of Fame with feature article in ‘The Cattleman’. He and Kay ran Butler Cattle Company with herds of purebred Charolais. They served as charter members of the Texas Bluebonnet Charolais Association, raising champion breeding lines, competing at The Major Livestock Shows with great success. He was one of the pioneers in the Maine-Anjou breed expansion in the US. He and Kay enjoyed their miniature horse herds and were able to win Best of Color with their registered black leopard appaloosa, winning National Grand Champion Get of Sire.

In lieu of flowers, memorial donations may be made to: 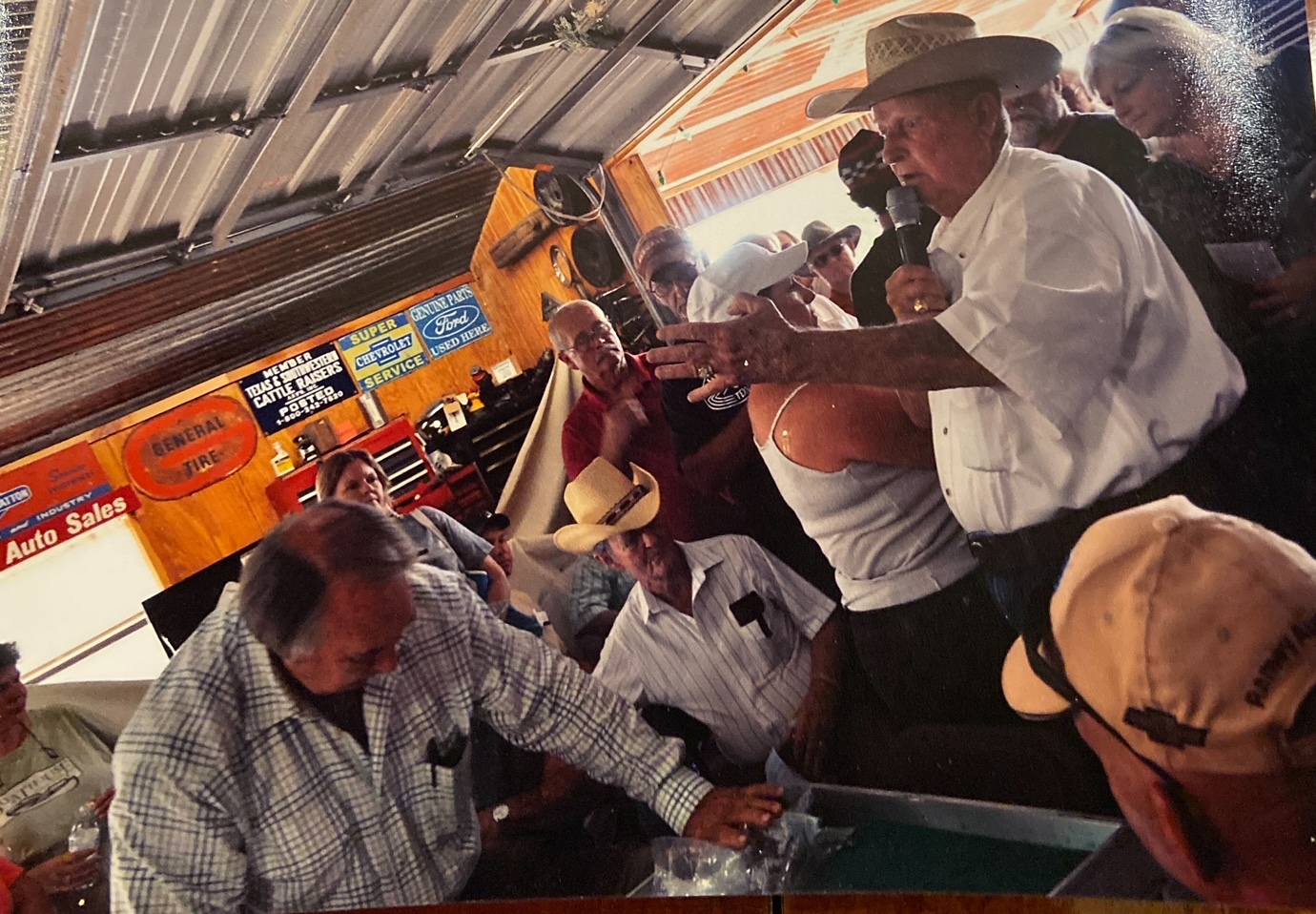